RENT A BOAT – SAIL YOURSELF OR SKIPPERED

BOHUSLÄN REALLY HAS ANYTHING FOR EVERYBODY and the unique nature is best experienced from the seaside. Bohuslän on the west coast offers beautiful scenery with soft, bare cliffs, solar-warmed cliffs, sandy beaches and picturesque buildings. There is pleanty of beautiful and nice places to visit along the coast, ranging from fantastic resturants to outstanding natural ports and cliff islands. By renting a sailing boat, the entire west coast becomes available to you and your other crew members.

RENT A BOAT FOR A WEEK LONG BOATRIP IN BOHUSLÄN is a blessing to the soul with meal and travel concepts that created new tourist seasons for Gothenburg and Western Sweden.

THE BEST TIME TO RENT A BOAT IS IN JUNE – to the end of August when the sun comes up early and the days are long and you can sail from early morning to late evening. There is lots of ports and communities full of other tourists. An old classic though is still  before and after season when you have the sea almost to yourself, waking up in your own bay and taking a morning dip letting the sun’s rays dry your skin. Now that it’s a bit calmer you will also come closer to life

The wind is usually from south west to west. The average wind is between 4-6 m/s and with a breeze up to 8-10 m/s on more rare days. Summertime is the time of the year with the sun and the gentle warm winds and a bit of rain in between. 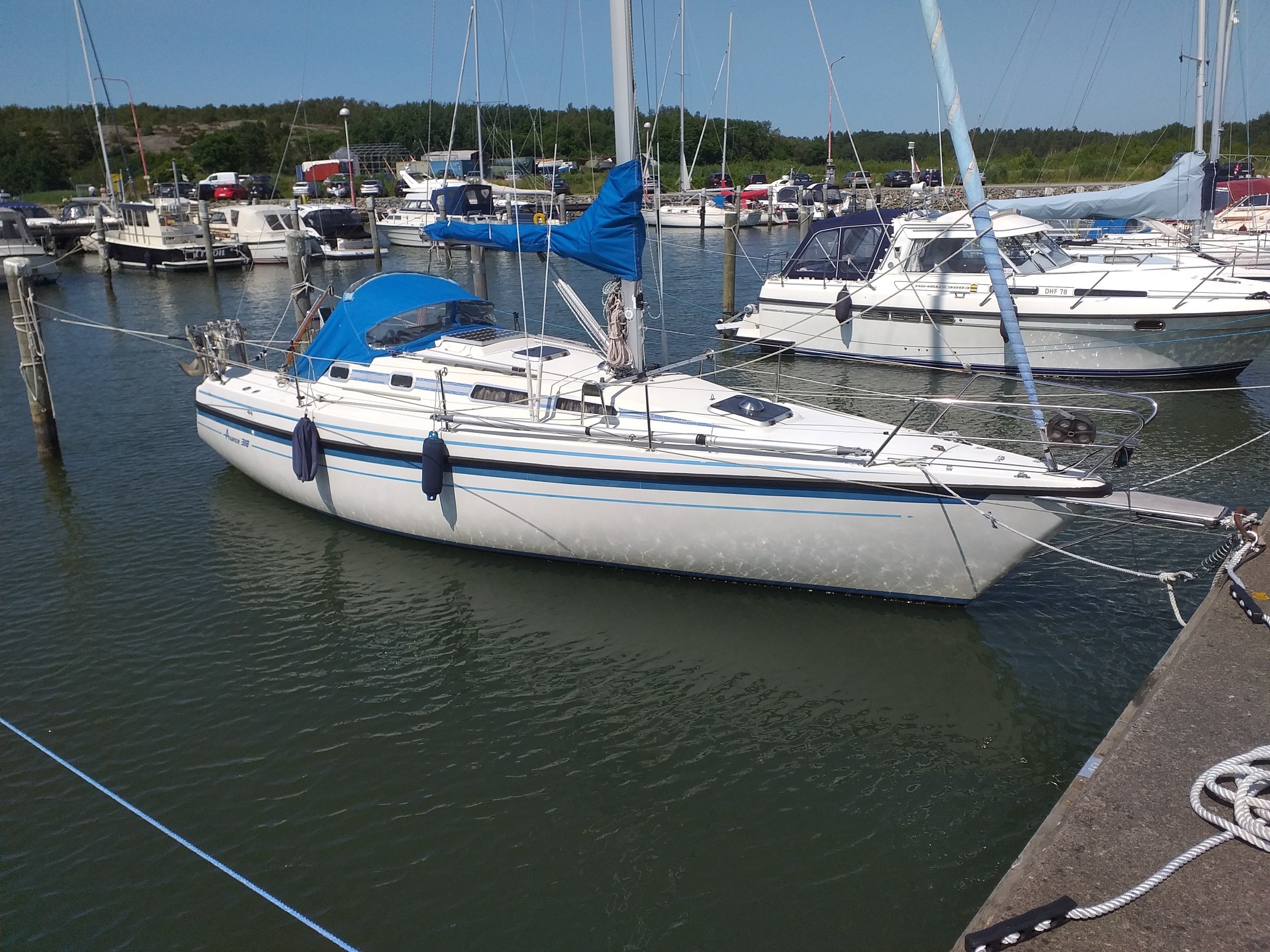 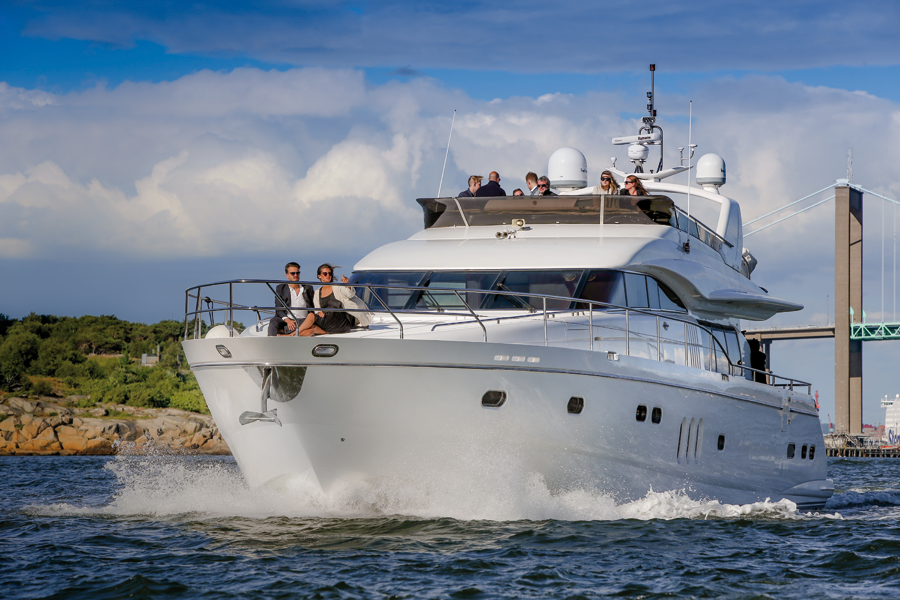 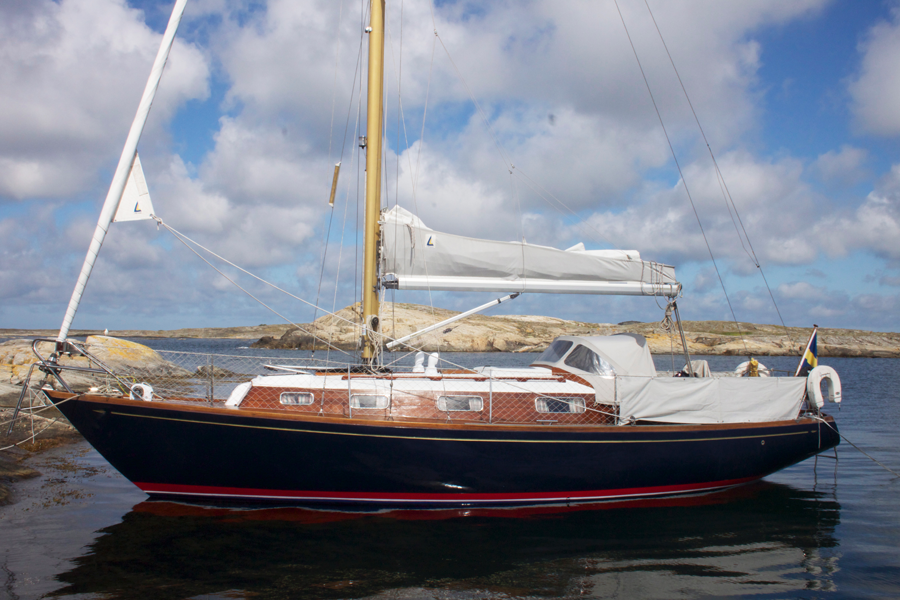 Rent a boat and visit the ports, islands and places
in the beautiful archipelago of Bohuslän

is one of the GKSS high seats and a historical royal shine with sailing sport. What still attracts all of us in the summertime invades Marstrand is largely the same inclination that King Oscar I, Carl XVI Gustav and Prince Gustav drew. They liked to sail and swim and party overnight. The festivals took real speed as King Oscar II spent a summer month at Marstrand from 1887 and 20 years ahead. The great herring periods are on the west coast, and the herring has also lost its role as a daily meal, but loves and is an obvious part of our Swedish celebrations.

is a well-protected harbor, which today is one of the most visited guest ports in the north, strategically located as the outermost outpost of the West Sea. The harbor was used by the fishermen already in the mid-16th century and its importance grew for each herring period. At the beginning of the last century, the port had evolved into a very important export port with extensive trade with Europe. Known for its long wooden bridge, Smögenbryggan One of Sweden’s most visited tourist destinations. At the harbor of Småland, the bridge extends from Fiskauktionen and about 1 km inwards. Here you will find taverns and cafés with shops and galleries. During the summer weeks the bridge is very popular. You can go straight to Smögenbryggan from Kunghamn with the boats operating Smögen-Kungshamn.

is an old genuinely fishing community located on the southwest tip of Orust.
Really worth a visit, even if it’s just buying fresh fish or even better, taste it in one of the stands and restaurants around the harbor basin.

or as it gets when a real bohusläning says it: Sode channel.

All boaters pass well sometime the sea during the summer, but did you know that west of the southern mouth of the canal on the top of Tryggö, is a voice from the Bronze Age, about 1000 years BC.
(From Snorre Sturlasson’s Nordic art agency).
King Gudröd sailed the sailor east to the Gulf, and then sent to King Tryggve to meet him, and they both would go eastward and rage during the summer. King make sure he meets a ship. They met west of Sotenäs at the wall. But when they went to the council, Gudröd’s men ran forth, killing King Tryggve and twelve men with him. He is located there, now called Tryggö south of Sotekanalen.

of the word “käring” (seaman). 60% of the houses today are holiday homes. There are no street names in Käringön. Each house has instead got a number and the number serves as an address. A whale bones, which were transported to the island by a summer visitor, standing on the dock. Already in the 16th century, the first fish came to the island. During the great sheer periods of the 1700s and 1800s, they also fished cod and long. All fish were salted and dried by the fish on the island. Life as a fisherman was very hard and the men were often away for several weeks in a row. When the herring subsided in the 19th century many families left the island, but from the remainder, today’s fishermen grew up. In connection with the bathers starting to Käringön, a guesthouse and a guesthouse opened in the 19th century.

is one of the pearls in the Bohuslän archipelago and here is still circling life around the sea. It is in Grebbestad that most of the Swedish oysters are landed. In addition to oysters and mussels, Grebbestad accounts for a large part of the lobster catch, about half. In Grebbestad you will find Grebbestad Brewery, which freaks 600,000 liters of beer a year. Here is the origin of the anchovy we know under the name of Grebbestad’s Hummeransjovis.

Grebbestad has a past as a beach resort and was also a short-term purchase. Grebbestad had a cold and hot bathhouse for a long time. From this time, Grebbestad’s annual carnival is derived. Today it belongs to one of Sweden’s oldest ones, which started already in 1922. As early as the 1840s, summer holidays in Grebbestad became part of the national “cold bathing movement”, which consisted among other things of clay packs, seaweed baths and strong sea baths. Today, Grebbestad is one of the most popular tourist destinations in Bohuslän.

is Sweden’s most western islands with a permanent population. Like getting to the salt marsh, with bicycle adventures, salt bath and the swiss language. Kosterhavet is Sweden’s first marine national park. Underneath the surface you will encounter forests of seaweed and meadows with weeping eel grass. Here are the common species of the West Coast, as well as a large number that has its largest or only known presence here. In total there are over 6000 species. Many are linked to the deep fjord of Kosterfjord, which runs through the entire national park with a depth of up to 247 meters.

Kosters hembygdsmuseum at Långegärde is a popular attraction. It was used in the late 19th century as a saddlery. Already at this time the people called “Siberia”, not only because of the location of Koster’s easternmost, but caused the house to be cold and drawn. In 1897 the salting ceased when the sill ended. At Koster today there is almost everything a holidaymaker needs in terms of peace and quiet, the sea’s delights and cozy excursions. The islands are virtually car-free and it is instead a bike and flatmoped that applies. Here are the nice excursions that apply to the whole family.

with the Koster Islands – commonly known as Sweden’s westernmost outpost.

Here you will find the saltiest water in the West Sea with the inviting stone blocks of gray granite. Here you will find, besides a fantastic archipelago, a rich restaurant life, a shopping mecca, the 40’s exciting package / activities and Sweden’s first marina national park, Kosterhavet National Park, opened in 2009. Strömstad was founded in the 16th century at the mouth of Strömsån – under the name ” The stream. Since Bohuslän became Swedish, through peace in Roskilde in 1658, the government in Stockholm became interested in establishing a trading venue in northern Bohuslän. One would also like the Swedish province of the new province. The power received purchase rights in 1667 and city privileges shortly thereafter.

Strömstad soon became known as an important shipping town and during the great herring fishing season during the second half of the 18th century, trade flourished. Salt herring, dry fish and wood products were major merchandise and several larger merchant ships had home harbor in Strömstad. At the same time as it was fished herring like never before, the foundations were laid for what would later become Strömstad’s signum; the town of Strömstad and it was drained at Lejonkällan in 1782. The mineral water of the well was considered to cure diseases such as epilepsy, paralysis, rheumatism, etc.

A number of cold baths and hot tubs were built in Strömstad in the next century. In the old bathhouses there was a shower bath, mud bath, tub and bath tub. Treatments that are high-level even today and also offered in the current hot tub, built 1909.

For the beach life there were summer restaurants as well as places of cultural amusement and social gathering. Skagerack Society House was built in record time in 1877, when Strömstad stood without a company lounge due to the big fire that hit the central city the year before. A stone’s throw from Skagerack has been run since the mid 1800’s restaurant on Laholmsudden.

is located on the island of Skaftö, on the south side of the mouth of the Gullmarsfjord. Down at the coast side you will find small boathouses whose openings facing the water and further up the mountain towering stately houses with glass porches and balconies that show the true gingerbread. Among the captain villas and fishermen’s cottages winds many delightful walks. High up on the mountain you can also see the most famous profile of the city, the late artist Carl Wilhelmson’s summer villa and studio. During the 16th century’s rich herring period, the fishing industry was founded, which eventually became one of Sweden’s most important shipbuilding communities. When shipping on sailboats was demolished in the late 1800s, Fiskebäckskil became a popular seaside resort with sprawling social life. Today, society is primarily known as a picturesque summer paradise with a relaxing archipelago atmosphere.

has been a well-attended bath and spa resort already started in 1846 when consul Mollén founded Lysekil’s first bathing establishment. Tourism is therefore a central part of the municipality’s business and every summer thousands of people visit the city. In Lysekil’s oldest part, called Gamlestan, the wooden houses are dense and the building can be traced back to the 16th century. In Lysekil there are also plenty of restaurants for those who want to enjoy the sea’s delights. Here, rich opportunities are offered both in terms of shopping, restaurant visits, nightlife and culture, while Lysekil managed to avoid being reduced to a tourist trap. Fun sailing competition is organized under Lysekil Women Matchrace. Definitely worth seeing and visiting.

north of Flatön and Malö lies Bassholmen along the Nordströmmarna. This is the only place in Sweden where you can encounter tidal currents of importance. On Bassholmens Day, the second Saturday in July every summer, everything goes sailing through the northern stream of Bassholm. During the herring period of the 18th century, there were salsalteri and trankokeri. Flatö and Malö are best known from Evert Taubes Huldas Karin. The song is about Huldas Karin who is cleaning in the grandmother’s kitchen. Huldas Karin was Karin Jarnedal (1926-2001) from Ängön in the Morlanda parish of Orust, where Evert Taube lived with the family in the summer of 1943.

The island and nature reserve 10 minutes from Smögen. Here the lighthouse stands proud of the beautifully ground granite fields. The lighthouse is open for viewing during the summer, and a guide is on site and tells about the guy. On the island you can enjoy nature, the fine baths and there is also an ornithology house, chapel, nature room and hostel with a café on the island. Boats go on tour during the summer from Smögen and Kungshamn.